Somali Cat is a popular long-haired breed that has a graceful and nicely balanced body with a bit of a wild look such as lion-like mane and brush tail ! We’re going to introduce you to these wonderful and active feline !

History of the Somali Cat : A cousin of the Abyssinian Cat ? 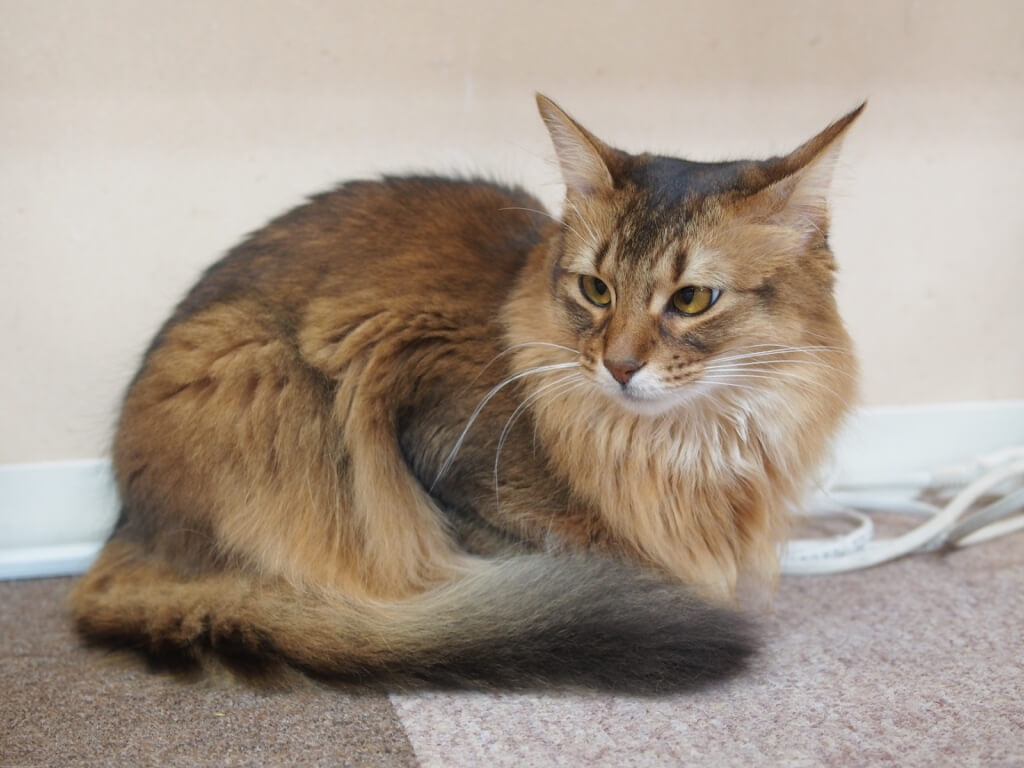 The Somali cat is often called a long-haired Abyssinian. You may think they come from Somalia. Nope! It’s because of the country’s location…Somalia is located next to Ethiopia. Ethiopia was formerly known as Abyssinia is where Abyssinian cats come from.

The first Somali appeared as long-haired Abyssinian kittens. A British Abyssinian cat breeder exported some Abyssinian cats to other countries including New Zealand and North America in the 1940s. Some of kittens born in Abyssinian were long-haired.

Somali is a very handsome and nicely balanced feline with some wild looks. They have mane like lion around neck which is one of their charm. Their eyes are almond-shaped and large in the face.

The Somalis meow sounds like kittens as contrasted with their wild and exotic appearance.
The gap is probably one of the reasons why so many people become mad about Somalis !

The life expectancy of Somali is the same as many as other cats : 11 ~ 15 years.
To give a happy and long life, it’s important to check your feline friend regularly !

Somali Cats are super loyal to their owners like a dog. They enjoy being around the owner though they are not lap cats. They also are very smart, even they can communicate with people very well. They also have a shy and alert side.

The Somali cat is generally healthy, and doesn’t need a special diet.
To keep a good condition, it’s important to feed good quality and well-balanced food that meets all nutrition they need.

Tips of how to deal with Somalis

The Somali cat has a dog-like personality, and very loyal to the owner. They also super intelligent, and you can communicate with your cat like a dog.

They have a good memory. When they are good, show lot’ of love, but when they misbehave, discipline properly. It makes strong bond between you and your cat !

They can be shy and uncomfortable around strangers. Make a comfortable environment as stress-free as possible for your cat under the  circumstances such as having a guest or taking a cat for a trip.

The Somali cat is highly active and loves to play !
If you are looking for an active, playful, intelligent and loyal companion, then a Somali is for you !