Maine Coon is known as one of the largest cat along with Norwegian Forest cat and Ragdoll cat. Maine Coon’s dynamic body has a strong impact, and it’s one of the reason that makes them so popular.

History of Maine Coon Cats : the result of a mixing between a cat and a raccoon !! 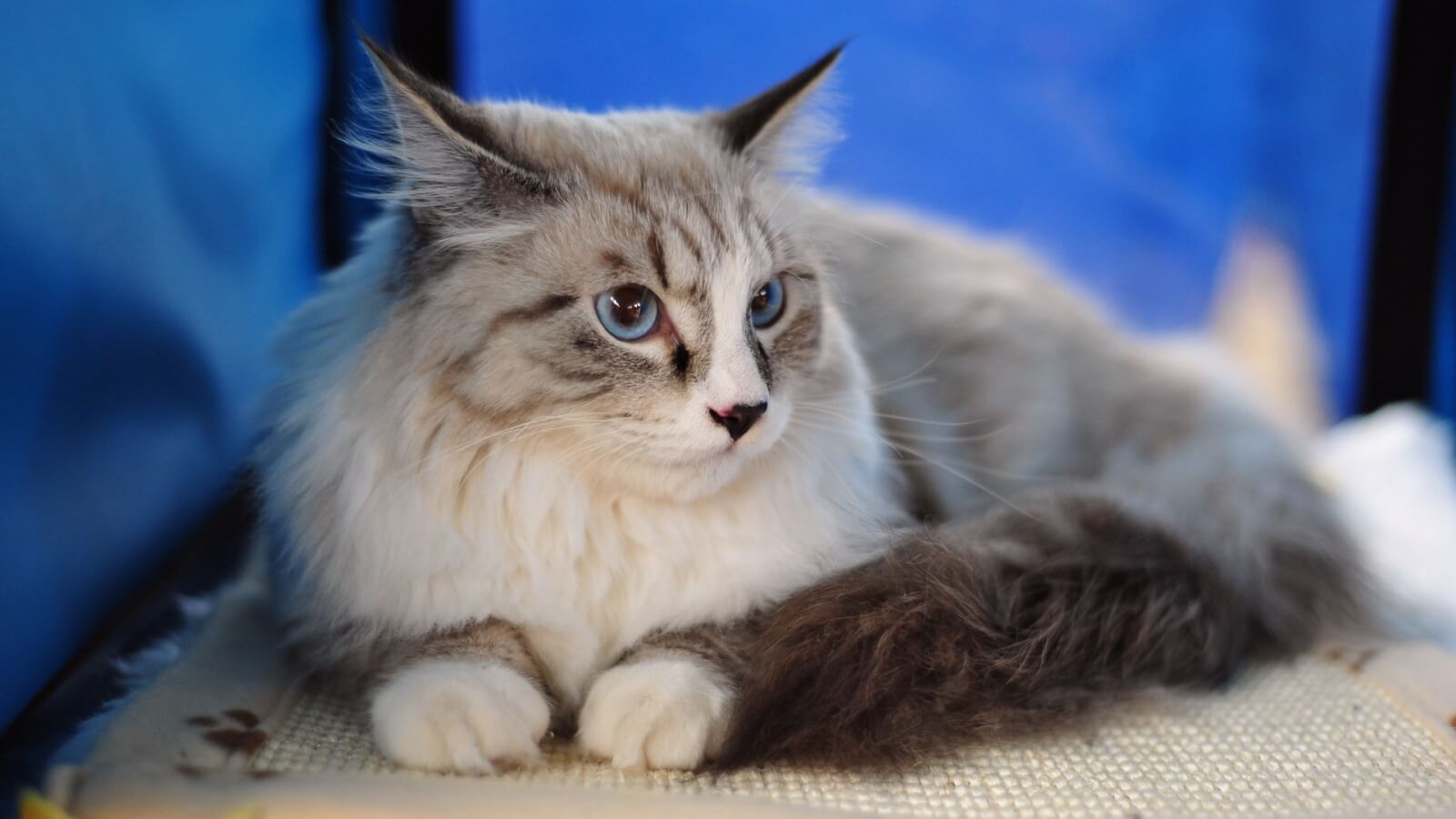 Maine Coon is one of the oldest breeds in US. The origin of the Maine Coon cat dates back to around the 11th century. Maine Coons are a natural breed and many interesting stories exist about the origin of the Maine Coon cat. One of the stories is that Maine Coon is the result of a cross between a raccoon and a cat ! Off course it’s biologically impossible. Another story is that Maine Coon was produced between a bobcat and a domestic cat because Coon’s ear tuft is similar to bobcat’s ear. More likely, Maine Coon was produced between the existing native cats and long-haired cats that the Vikings brought from Europe. In fact, you can see similarities between Maine Coon cats and Norwegian Forest cats.

They were popular breeds at the cat shows and won many awards until the Persian cat became popular in the 1990s. They even were in danger of disappearing around 1950, because their popularity was down and there were lack of breeders. In 1968, Maine Coon’s breeders formed the Maine Coon Breeders and Fanciers Association ( MCBFA ) to preserve and promote them and Maine Coon was recognized as an official breed in 1980.

Is there any connection between Maine Coon and May Queen ??

May Queen is a kind of potatoes, and sounds similar to Maine Coon. . . but there are no connection between Maine Coon and May Queen.

Maine Coon is named from the state of Maine which they were found, and a raccoon.

Popular cats as the largest domestic cat in the world ! 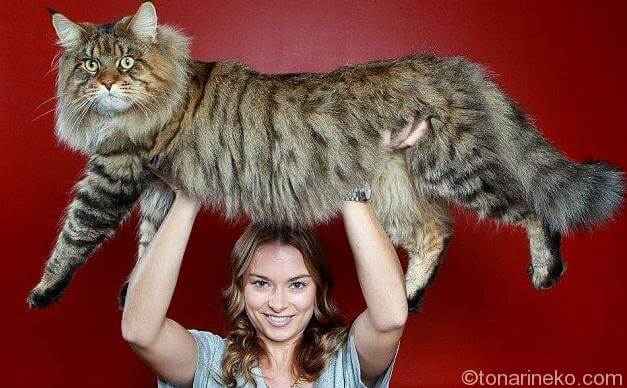 One of the reason why Maine Coon is so popular is their big body!
For instance, one of the longest domestic cat was a grey tabby Maine Coon, Stewie from America. He measured 48.5 inches ( 123 cm ) long, and another Maine Coon , Rupert is also famous as a one of heaviest cat in the world. 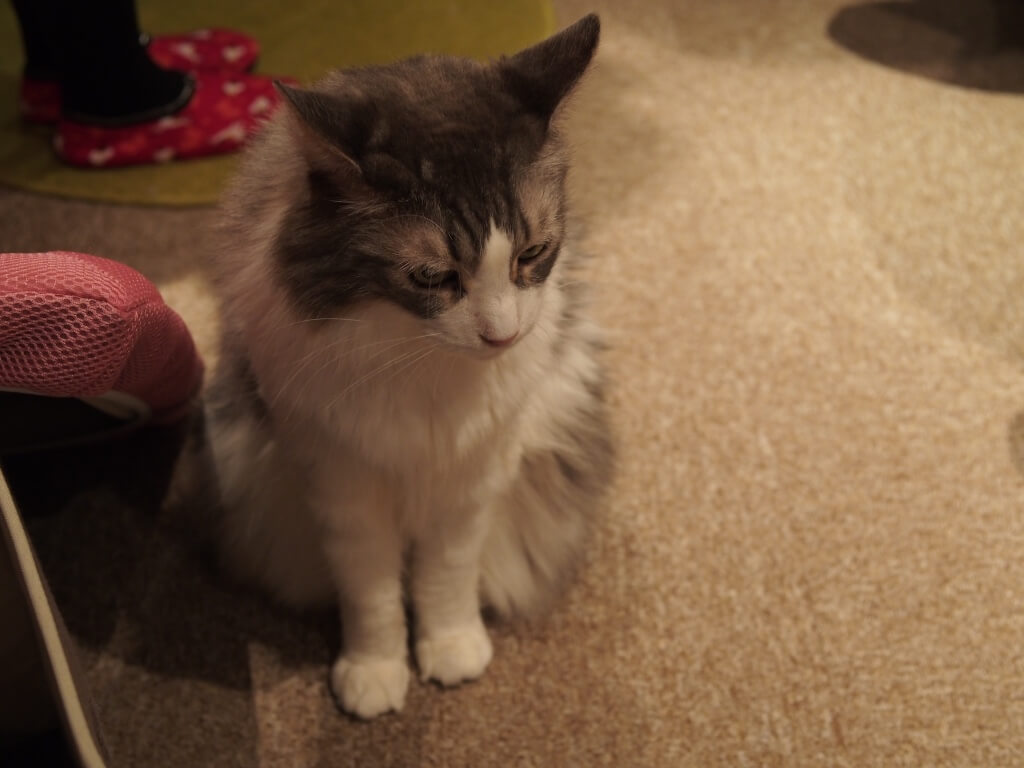 Maine Coon has a distinctive appearance. The most typical features are their dynamic body and long-haired lion like mane. Their tall and pointed ears with tuft and fluffy long tail make them elegant !

The life-span expectancy of Maine Coon is 11 ~ 14 years. It is a bit shorter life-span compared to average life-span of cats. To give a happy and long life, it’s important to check your feline friend regularly ! 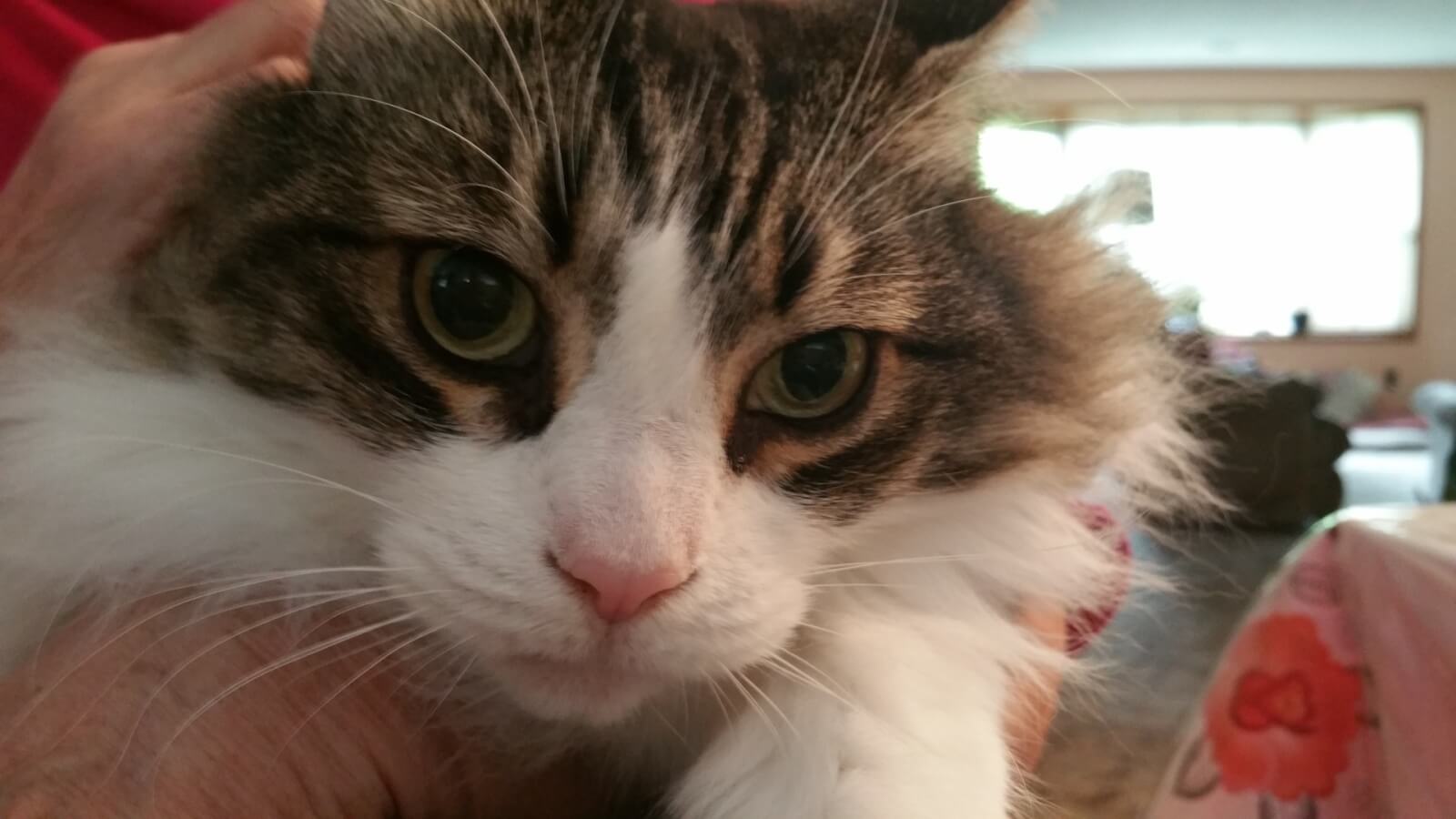 Maine Coon is a gentle, laid back and easy going. They are very intelligent, friendly and get along well with other pets and children. They are very flexible and well-adjusted with new environment. They are very curious and love to play.

Maine Coon’s long-hair is thick and dense. To avoid knots and matting, you need to groom them at least every 3 days. Regular grooming also makes less hair on the floor. There are many different types of brushes and combs. Make sure you get a right one.

Maine Coon is strong for cold, but doesn’t like heat. Make sure to keep comfortable room temperature and comfortable spaces.

Another option is a summer cut ! You can shave your kitty’s hair around their stomach area, so you can make their body temperature cooler.

Maine Coons are big cats and have lot’s of energy. To keep them healthy and active, it’s recommended to feed high-protein diet ! It’s important to feed a good quality and well-balanced diet.

Maine Coons are generally healthy, but there are some health issues that you need to be concerned.

Hypertrophy cardiomyopathy ( HCM ) is the common heart disease in cats. It causes thickening of the heart muscle.

It is difficult to diagnose, but you may notice some symptoms as follows :

Polycystic Kidney Disease ( PKD ) is a genetic disease that small cysts develop on the kidneys.

You may notice some symptoms as follows :

Like people, cats can develop allergies. Allergies can cause other symptoms such as bloody stool, itchy skin, sneezing and coughing. Check your feline friend regularly and be careful about diet.

These health problems can be serious, and even they can cause death in some instances. If you notice any symptoms, take your cat to the vet’s immediately !

As Maine Coons are called a gentle giant, they are a large and super gentle cat.
If you are looking for a calm, intelligent, friendly and affectionate large cat, then a Maine Coon is for you !